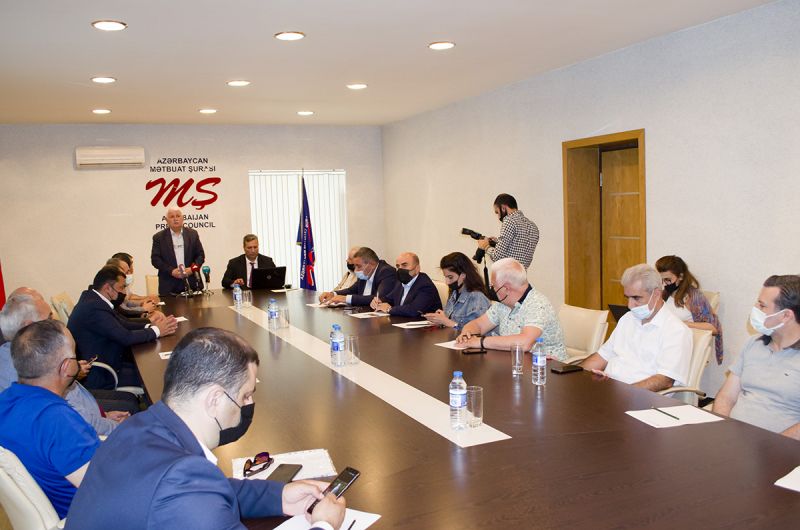 On June 4, 2021, Maharram Ibrahimov, a correspondent of the Azerbaijan State Information Agency (AZERTAC), and Siraj Abishov, a cameraman of the

Various types of mines and other explosive devices previously planted by Armenia have resulted in the death and injury of more than 120 individuals, since the end of the Second Karabakh War and the trilateral joint declaration signed by the leaders of Azerbaijan, Russia and Armenia on November 10, 2020. Despite the removal of more than 35,000 mines, the number of mine casualties continues to rise.  The tragic incident that resulted in the deaths of Maharram Ibrahimov and Siraj Abishov is an indubitable indication that the problem of mined areas also hinders the activities of journalists, creates restrictions and makes the profession a very risky activity. It should be noted that the employees of both media outlets were in Kalbajar with the sole purpose of fulfilling their professional duties.

The Republic of Armenia refuses to provide maps of mined areas. This does not just restrict journalistic activity in those areas, but also prevents the return of IDP families, who were forcibly separated from their native lands as a result of the Armenian occupation. This renders the provision of information to society impossible and violates the right of people to live in their own homes. Armenia, which has been pursuing the policy of occupation for nearly three decades, is still demonstrating the intentions contrary to international law by refusing to provide mine maps, and opposing the establishment of peace and security in the region.

It must also be noted that extensive construction work has begun in the liberated territories of Azerbaijan. Foreign companies are interested in the area. As a result, there is an influx of journalists from different countries to the region; therefore, Armenia’s refusal to provide the mine maps is also a threat to the lives of foreign media representatives. This is a deliberate act, a direct threat to human values. We would like international organizations, in particular, influential organizations in the field of journalism, to express their firm and principled position on the issue. We believe that their decisive response and condemnation could deter Armenia from its present anti-human position. This is the expectation of  Azerbaijani journalists.

We express our deepest condolences over the tragic death of Azerbaijani journalists Maharram Ibrahimov, correspondent of the Azerbaijan State News Agency, and Siraj Abishov, a cameraman of the Azerbaijan Television and Radio Broadcasting Closed Joint-Stock Company (AZTV). By signing this appeal, our goal is to draw the attention of the international community to Armenia’s actions  contrary to human rights and freedoms. We call on our colleagues abroad to react seriously to this fact and to put pressure on the Republic of Armenia to provide the maps of mined areas. We are convinced that supporting this mission could seriously help to eliminate the threat to the lives of a wide range of individuals and, in particular, those of journalists. This support can also be a great contribution to the establishment of justice, peace, security, stability, and the resolution of the long-running conflict in the region.